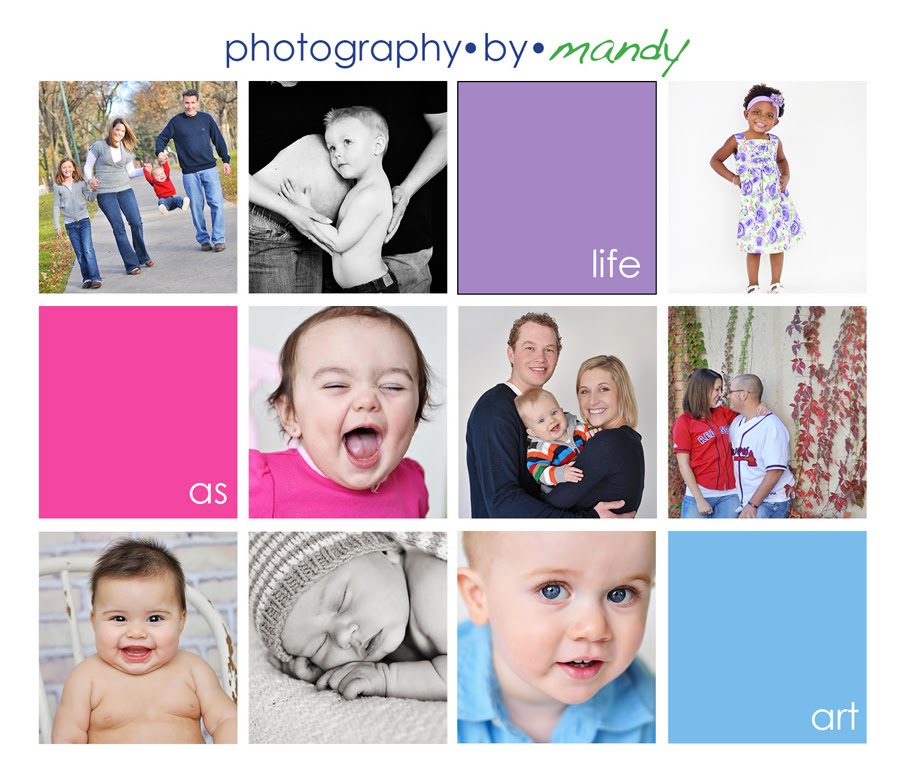 Today has been a good day. This morning Travis and Madi set off on a little adventure to Cokato, MN to deliver hay to a new customer and had some troubles along the way. I didn't find out until tonight (which is a good thing) that they had a couple of tires blow out on the trailer while they were on the road. They ended up sitting on the interstate for a couple of hours waiting for help (Trav's brother) to arrive. Everything turned out ok, luckily and Madi even got a new teddy bear from a state trooper who stopped to see if everything was alright. I think she was pretty excited about that. I do not envy Travis, however, for having to sit in a semi for 3 hours with our daughter who didn't have any other toys, colors, books, or anything to keep her occupied. She can be a stinker at home when she gets bored, can't imagine her being bored for that long!

Anyway, Madi is now 3 years old and we are having her birthday party this weekend. I have been getting ready trying to do all I can to make it look like the purple cow party that she wants. I made a purple cow banner with a little cow proclaiming MOOOPY MOODAY MADI! I am also making a pin the udder on the cow purple cow edition game for her birthday. It should be a good time, this is the first year that she has wanted friends at her party along with the grandparents and aunts and uncles so it will be a new (fun) experience! I will be posting some pictures and videos on Sunday night hopefully!
In other news, I had Ty help me with a photo shoot today. I was reading Audrey Woulard's blog post and she gave a few of her camera settings away and I was just itching to try them (since I don't know all I should about my camera yet!). Here are the results...what do you think? Please feel free to leave comments, I love to read them! 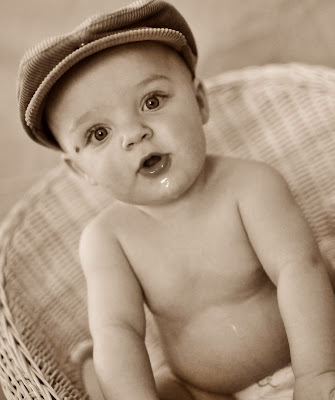 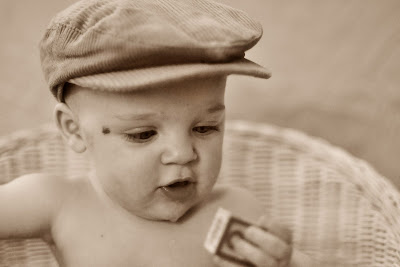 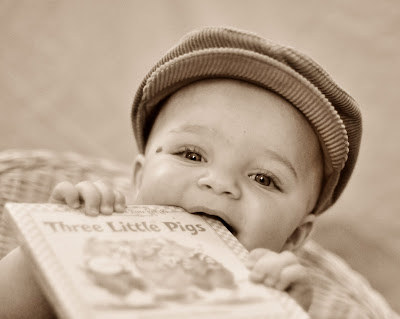 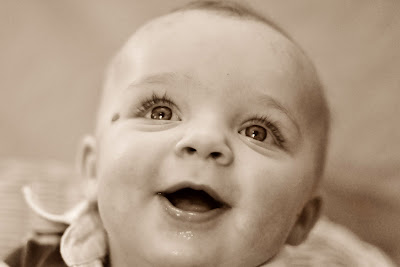 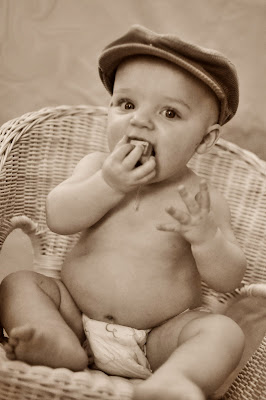 I thought I would share some fun Madi videos in honor of her birthday. In order to view them you may want to turn the sound off on my music player at this page. The first one (above) was shot when she was about 15 months old. The second one (below) was taken at her 2nd birthday party last March. She was having a blast shooting hoops with her daddy! And then the last one was taken last spring (probably in May), she has come so far with her talking even since then and I thought she communicated so well back then! Amazing how much they change in a year!

I am having such a hard time believing that my little girl is already 3! It was three years ago today (well, this morning at 8:00am to be exact) that she came into our lives. There is something different and special about having a little girl, the bond between mothers and daughters is amazing. Not that I don't share a special bond with my little guys but having a daughter is like watching a part of yourself grow up again. I have had so much fun the past three years watching her personality form (and form it did, from day one, we knew that Madi was going to be her own little person!). My little girl is strong, independent, dramatic, and sensitive. She is so many more things to me. I am so thankful that she is here and growing up to be happy and healthy. Looking back on these pictures (there are a thousand more, it was so hard to choose), it seems like a lifetime ago and yet it was only in the past three years. So heres to you my sweet little Madi, Happy Birthday! 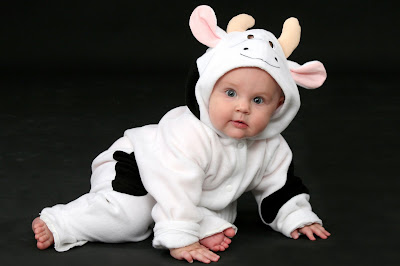 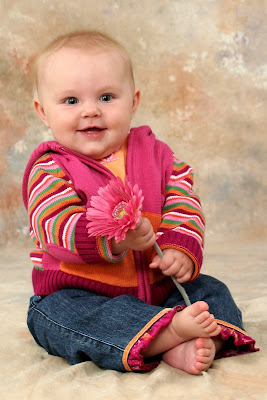 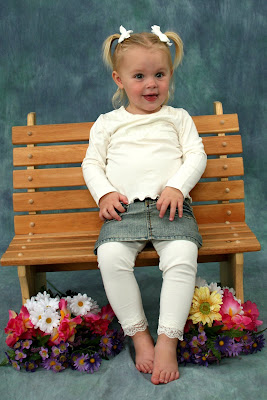 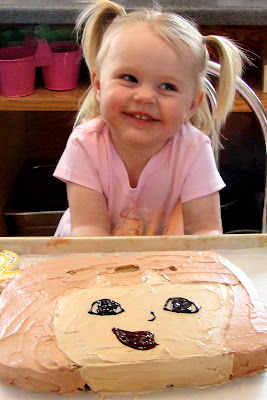 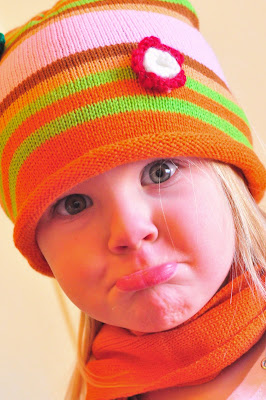 I created a new logo and tagline today and I like it, but I am still unsure about the name? Any other suggestions? I still kind of like Creative Memories Photography or maybe Mandy T. Photography? For now, this will do and maybe I will decide to keep it forever.

Ty also got a chance to take a bath in the big boy tub with his sister. He loved it! Splashing, exploring, and smiling. Here is some video I took of the momentous occasion!

Only in a small town

Last night we took the kids to a high school basketball game in town. Our town, Pelican Rapids, is having a historic year. They are undefeated so far and have only one more regular season game left before tournament time. They are so popular in town that the high school gym doors were set to open at 5:00pm, and there was a long line of Viking fans waiting in the below zero weather to get a seat in the gym. We showed up at 5:20, thinking that we were early enough this time (last time we went, the doors were locked and only after our little diehard fan Tanner started bawling did we get in, only to have to stand the entire night w/ the kids!). Luckily we got there when we did. Both sides were packed and we were able to grab some last minute seats in the student section. Wow, I can't believe how enormously popular this team is! They are a blast to watch, with many very very talented players. It's just crazy to me that in this day and age and in our small town high school basketball is such a big deal.
It was an interesting night, and although we may have been crazy to bring all three kids I think that it went well overall! All three kids were happy to see that grandpa and grandma came and were able to sit next to us, that helped tremendously! We watched basketball and sat to save our seats when the games weren't playing from 5:20-9:30. My backside was a little sore but we didn't have any real meltdowns from the kids.
I am so happy to be a part of a community that supports its youth and school! Viking pride was in abundance last night! The 1984 state championship team was there for a 25th reunion. It was an honor to be a part of that celebration after the game and to watch people that grew up here have such love for our town and its people. Here are some of my pictures from last night.... 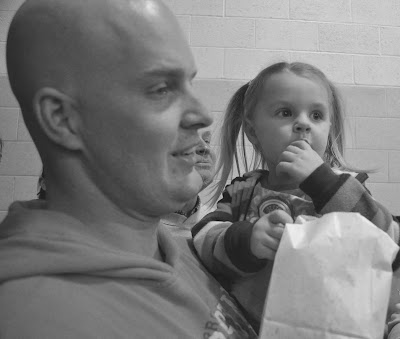 Madi enjoyed daddy's, grandpa's, and grandma's popcorn. I don't think any of them were able to get ahold of their popcorn until it was almost gone! 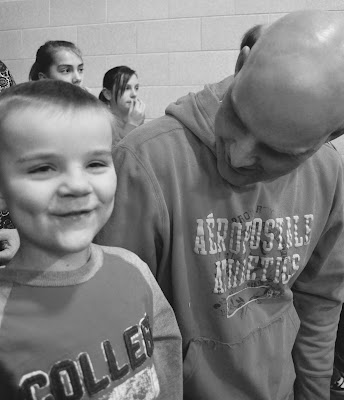 Travis and Tanner had fun exchanging basketball stats. Tanner was able to keep up w/ the score and would remind us when we were up by 20 or more. 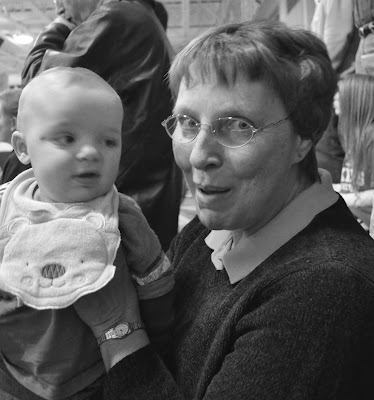 Tyson already has fun bugging his older brother. He pulls his hair and laughs! It's so cute, and Tanner get's a kick out of it. 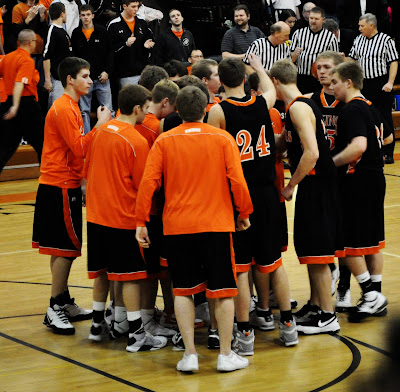 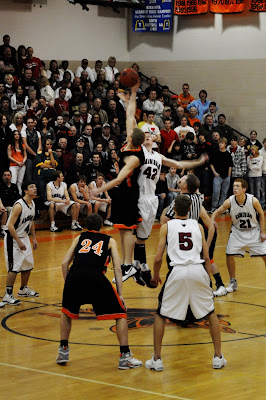 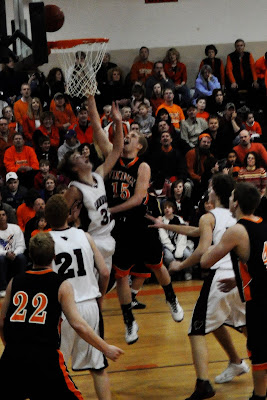 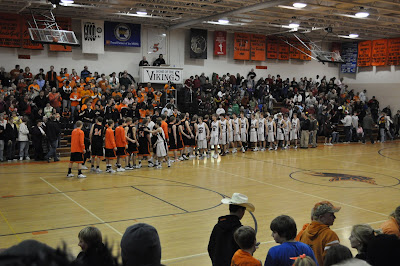 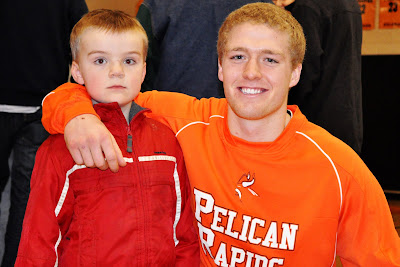 Tanner and his idol, Tydan Storrusten. Tanner wanted to take a pic with him so bad but wouldn't smile or talk, looks a little starstruck! Tydan is a fantastic player breaking many school records. We are hoping he picks a college close to home so we can go watch! 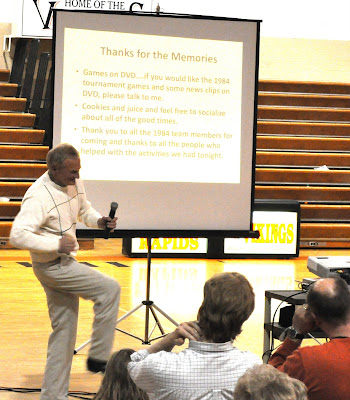 Former head coach, Rex Haugen giving a 'yes' kick after starting his speech about coaching the 1984 team to state.

Did I mention that I love living in a small town? This is the stuff we live for! Thanks for making us so proud PRHS Vikings! We are rooting for you!